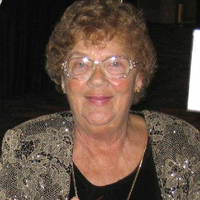 was a past member and president of
Niagara Frontier Builders Association
Women’s Auxiliary. At one time, she
had her pilot license to fly single engine
Cessna airplanes. She was an avid
bridge player and loved playing water
volleyball in their swimming pool. She
loved dancing and jitterbugging. Most
of all, she loved spending time with
her grandchildren. Visitation will be
held Thursday from 2-4 and 7-9PM at
the JAMES W. CANNAN FUNERAL
HOME, INC. (Southtowns Chapel),
3155 Orchard Park Road. A Mass of
Christian Burial will be held Friday at
1:00PM at St. Joseph’s Church, 46 N.
Main St., Holland, NY 14080. Please
assemble at church. Burial to be held at
Mader Acres immediately following the
Mass. In lieu of flowers, donations may
be sent to Our Lady of Victory Homes of
Charity, 780 Ridge Road, Lackawanna,
NY 14218.