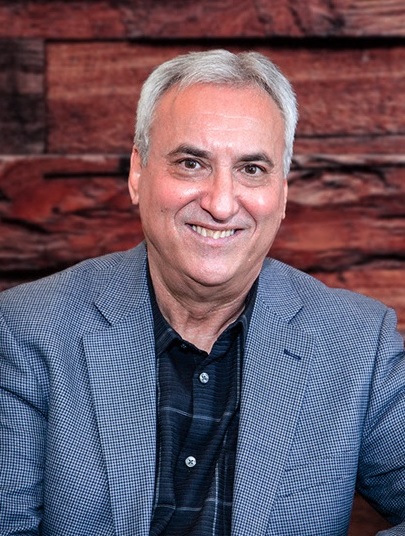 The funeral service for Paul Kraus has been postponed and will be re-scheduled at a later date. Please check for updates on our website and our Facebook page. Sorry for the inconvenience. Beloved husband, dad, Pops, and friend passed away in the early hours on March 4 in Chicago, Illinois. He was surrounded by love till the very end. After fighting hard for 3 years against multiple myeloma cancer, he was ready for heaven. In the end, his only longing was to wake up face-to-face with Jesus. He had a dream the week before that he was in heaven being submerged in God's presence that was like liquid gold. He wept as he shared with us how powerful that encounter was. His dream has now come true. Funeral services will be held at a later date at The Tabernacle, 3210 Southwestern Blvd. Orchard Park, NY 14127 with Rev. Dr. Duane Durst Superintendent of the New York Ministry Network officiating. Arrangements are by James W Cannan Funeral Home Inc. Paul was born in Buffalo, New York to William and Alice (Rachwal) Kraus on June 7 1952. He graduated Lancaster High School in 1970. He graduated in 1980 from Elim Bible Institute. Paul married Julie on August 2 1980 at the Elim campus. He earned a B.A. in Bible &amp; Theology from Central Bible College, Springfield, MO (1983) and an M.A. in Bible/Missions from Assemblies of God Theological Seminary (1984). He studied Global Studies in Education at University at Buffalo (1988-89) and French at C.A.V.I.L.A.M. in Vichy, France (1994) and University of Quebec (1988-1989). Paul earned a Doctor of Applied Intercultural Studies from AGTS at Evangel University (2020). Paul’s ministry began as Youth Pastor at First Assembly of God, Depew, NY. He was a church planting pastor in Camillus, NY and assistant pastor at First Assembly of God, Utica, NY before appointment with Assemblies of God World Missions in 1986. Paul served 20 years as a world missionary with 12 years in Cote d’Ivoire and later as V.P. of Evangelism and Discipleship with Global University. In 2008, he went to New York City with Assemblies of God US Missions, becoming Intercultural Ministries Director for the New York Ministry Network. Paul was radically saved at age 24, and went from being a drug user with no purpose to a man absolutely transformed by an encounter with Jesus. He wanted to spend his entire life telling people about the life transforming power of God. And he did. He faced his cancer journey with such grace, ministering to fellow patients, doctors, and nurses. Paul allowed his suffering to make him more like Christ. He fought the good fight, finished his race, and kept the faith. Paul is lovingly remembered by his wife Julie; son and daughter-in-law, Jonathan Kraus and Babs Garcia; son-in-law and daughter, Curt and Emily Stender; his treasured grandsons, Riley William and Jaxon Paul Stender; his brothers and sisters—Joan and Tom King. Steve Chorney, Chris Miller, Ray and Sherrie Kraus, Joe and Trudy Kraus, Carol and Mark Wyatt, Mary and Tom Scalzi, his aunt Delores Paciorek and many nieces, nephews, and cousins. Paul is preceded in death by his sister, Cathy Chorney, and brother-in-law, Tom Miller.
To plant a beautiful memorial tree in memory of Paul Kraus, please visit our Tree Store

Share Your Memory of
Paul
Upload Your Memory View All Memories
Be the first to upload a memory!
Share A Memory
Plant a Tree