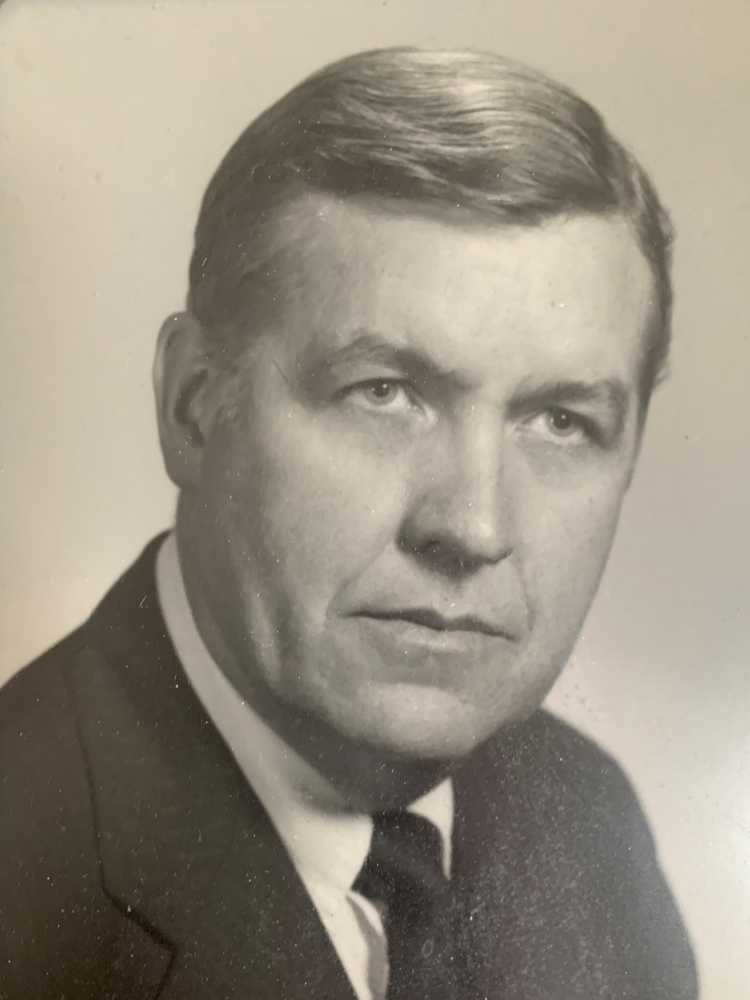 94, of Orchard Park NY passed away November 1. Beloved husband of Ruth Lucy of over 34 years; dear father of Kyle Lucy Chang (CliJon Chang), Colleen Lucy Gill (Patrick Gill), Pamela Lucy Coverick (Jack Coverick), Cecily Lucy Breiseth (Steve Breiseth); dear step-father of Robert Weyl, Karen Wyel Delehant (Joseph Delehant), Garvin Weyl (Judy Weyl); loving grandfather of Cullen Gill, James Gill, John Gill, Connor Chang, Owen Chang, Warren Breiseth, Lucy Breiseth, Aimee Whalen (MaQ Whalen), Julie Stoll (Edward Stoll), Aaron Weyl, Nicole Prowse, Marc Weyl and Greg Weyl. James was born on July 31,1926 in Buffalo NY. After graduating from High School he briefly attended Canisius College before enlisting in the US Navy and served in the Pacific Theater during World War II. After the war he returned to Canisius and graduated in 1950. He worked for Amica Insurance for 35 years rising to the position of Resident Vice President in Glastonbury CT. Following retirement he spent many hours laughing with his many friends, golfing with his buddies and traveling to many destinations with his wife Ruth. Due to COVID 19 restrictions a private family mass will be held November 7 at St. Mary’s Catholic Church in East Eden, NY. In lieu of flowers, donations to St. Luke’s Mission of Mercy would be appreciated.
To plant a tree in memory of James Lucy, please visit Tribute Store
Services for James Lucy
There are no events scheduled. You can still show your support by planting a tree in memory of James Lucy.
Visit the Tribute Store

Share Your Memory of
James
Upload Your Memory View All Memories
Be the first to upload a memory!
Share A Memory
Plant a Tree