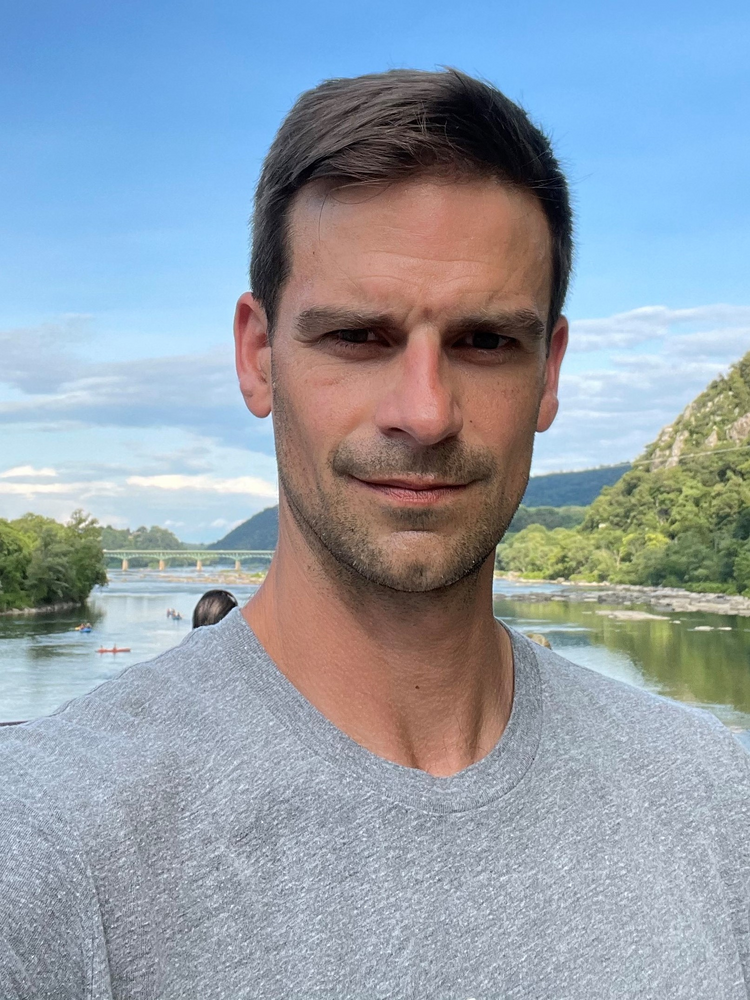 Please share a memory of Evan to include in a keepsake book for family and friends.
View Tribute Book
Evan Granville of Hamburg, NY entered into rest on March 31, 2022 after a courageous battle to live. Evan was known for his easy-going personality, forever smile, great sense of humor and most of all, his love of family. He lived life to the fullest and was a very accomplished athlete in many sports. Evan, throughout his life had an insatiable appetite for history. His favorite period of time was the Civil War, especially the Battle of Gettysburg. Evan could share his education, life experience, and research of Gettysburg, in detail turning the facts into a mystical journey. He was in his glory when debating his professors and enlightening many around him. But most of all, just sitting around the campfire, chewing the fat with soldiers during his numerous attendances at the battle reenactments. Evan travelled with his parents and siblings during his childhood and adolescent years to every Civil War battlefield. To illustrate his passion for those 3 days in July, 1863 he pleaded with his Dad at the ripe age of 12, to get a tour guide. Finally, after his father relented, he asked. Evan, why a tour guide? Evan responded that he wants to see how many mistakes he would make! In his 20’s and 30’s Evan and his posse heard many of his debates and challenges and enjoyed many free libations @ various establishments. In 2012, Evan was to meet his “Life’s partner”, Jenny White. In the following 10 years, they enjoyed many precious moments together. Traveling to places like Key West, Sandals, Naples and many more. Some of their excursions were even just trips to Ellicottville @ the “Ridge”. On September 3 rd , 2019 their miracle happened. They would be blessed with a beautiful baby girl, Kennedy Fiona Granville. This commissioned a whole new journey as the three of them were inseparable. Evan enjoyed one of the simplest things in life such as their daily strolls to Haak’s Cakes. After many memorable moments and hundreds of pictures, Evan got his birthday wish on July 2, 2021, to travel once again to Gettysburg. Here he shared his many points of interest of Gettysburg with the 2 ladies in his life. Evan is survived by his soul mate Jenny White, Dear father of his precious Kennedy Granville. Son of Patrick and Priscilla (Weathers) Granville. Brother of Ryan (Melisa) Granville and Amy (Derek) Grove. Loving uncle to Kelly, Zach, Brennan and Grace. Grandson of the late Lawrence and Marjorie (Miller) Weathers and the late John and Agnes (Bohen) Granville. Also survived by many aunts, uncles, cousins and friends. Services to be held privately. In lieu of flowers donations may be made to the Concussion Legacy Foundation at https://www.concussionfoundation.org.
To plant a beautiful memorial tree in memory of Evan Granville, please visit our Tree Store

A Memorial Tree was planted for Evan
We are deeply sorry for your loss ~ the staff at James W. Cannan Funeral Home
Join in honoring their life - plant a memorial tree
Online Memory & Photo Sharing Event
Online Event
About this Event

Look inside to read what others have shared
Family and friends are coming together online to create a special keepsake. Every memory left on the online obituary will be automatically included in this book.
View Tribute Book
Services for Evan Granville
There are no events scheduled. You can still show your support by planting a tree in memory of Evan Granville.
Plant a tree in memory of Evan

Share Your Memory of
Evan
Upload Your Memory View All Memories
Be the first to upload a memory!
Share A Memory
Plant a Tree