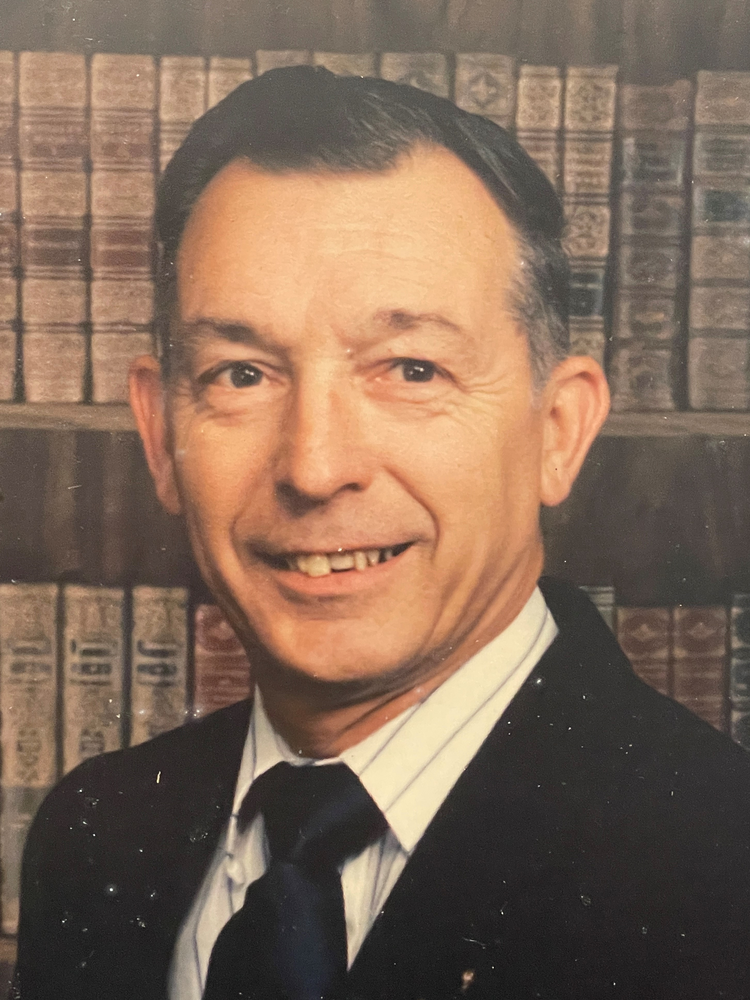 Please share a memory of Lee E. to include in a keepsake book for family and friends.
View Tribute Book
HARTUNG, Lee E. Sr. Passed away on August 28, 2022 Beloved husband of the late Nancy “Anna” (nee Riordan) Hartung, dear father of Janet (Donald) Kill, Nadine (late James) Ormond, and the late Michael, Joseph, Neil (Carolyn), Lee E. Jr., Carol (Joseph) Reimers and James Hartung, loving grandfather of Erin and Danielle Kill, Jennifer (Jesse) Wagner and Katie Hartung, Jessica Reimers, Noel and Anna Ormond; also survived by great-grandchildren and great-great-grandchildren; son of the late A. Walter and Lucy (Meyer) Hartung, brother of Ann (Richard) Maul, Joyce (late Edward) Guindon, Thomas (late Kathy) Hartung and Peter (Pat) Hartung. The family will be present on Thursday from 3-8:00pm at the JAMES W. CANNAN FUNERAL HOME, INC., 3155 Orchard Park Road in Orchard Park, NY. A Mass of Christian Burial will be celebrated on Friday at Nativity of Our Lord Church at 10:00am. (please assemble at church). The burial at Nativity Cemetery will follow the Mass. In lieu of flowers, donations may be sent to St. Vincent DePaul Society and or Buffalo Irish Center. Lee was a member of the Knights of Columbus, Knights of Equity, Boy Scouts Troop 230, St. Vincent DePaul Society and A.A.C.A. Lee Hartung was an extraordinary man. He spent his childhood in Bliss New York and attended Bishop Timon High School, where he graduated in 1952. He went on to complete one year at Canisius Collage but decided to become an apprentice in the Tool and Die Department at The Ford Motor Company. He worked at Ford until his retirement. He married the love of his life, Nancy Riordan in 1955 and together they had 9 children. He was very active in his children’s lives becoming part of Boy Scout Troop 230 in which he remained active in even after his boys outgrew the troop. You could see him with his daughters at the Father/Daughter dances, even though he said he didn’t know how to dance. He was an Usher at Nativity of Our Lord parish for years and became an active member of the St. Vincent DePaul Society. He was a very devout parishioner so much so; he made a cabinet to hold food for those in need for the parish which he completed a short time ago. He was honored with the St, Joseph the worker award from the Diocese. He was an avid member of the Knights of Columbus, achieving his 4th degree status. In the 4th degree, not only was he a Past grand Knight but also a Past Faithful Navigator in the color Corp. He was on the Masters staff, 4th NY district as membership coordinator, C&B Auxiliary chairman and assistant District Marshal in the 6th NY District. Because of his Irish heritage, Lee joined the Knights of Equity, Court 5 at the Buffalo Irish Center. For years, Lee would donate his large grill for the summer picnic and whenever possible would attend the Meat Raffles. Because of his devotion and enthusiasm for this organization, he was honored as Irishman of the Year. Lee was an avid antique car buff and a member of the Antique Automobile Club of America. His heart was in restoring his 1932 Chevy. He loved his Koi pond, even though the blue Heron liked it much as he did. Tinkering around and having numerous projects going at the same time is what he did best. Not only will he be truly missed by his family, but by all those that he touched their lives.
To send flowers to the family or plant a tree in memory of Lee E. Hartung Sr., please visit Tribute Store
Thursday
1
September

Share Your Memory of
Lee E.
Upload Your Memory View All Memories
Be the first to upload a memory!
Share A Memory
Send Flowers
Plant a Tree